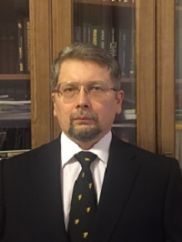 From 1995 to 2012, as an expert on Russian, Kazakh and English private law, an arbitrator or the presiding arbitral tribunal, he took part in the consideration of more than 80 international commercial disputes in Russian, Kazakhstan and other foreign arbitration institutions.